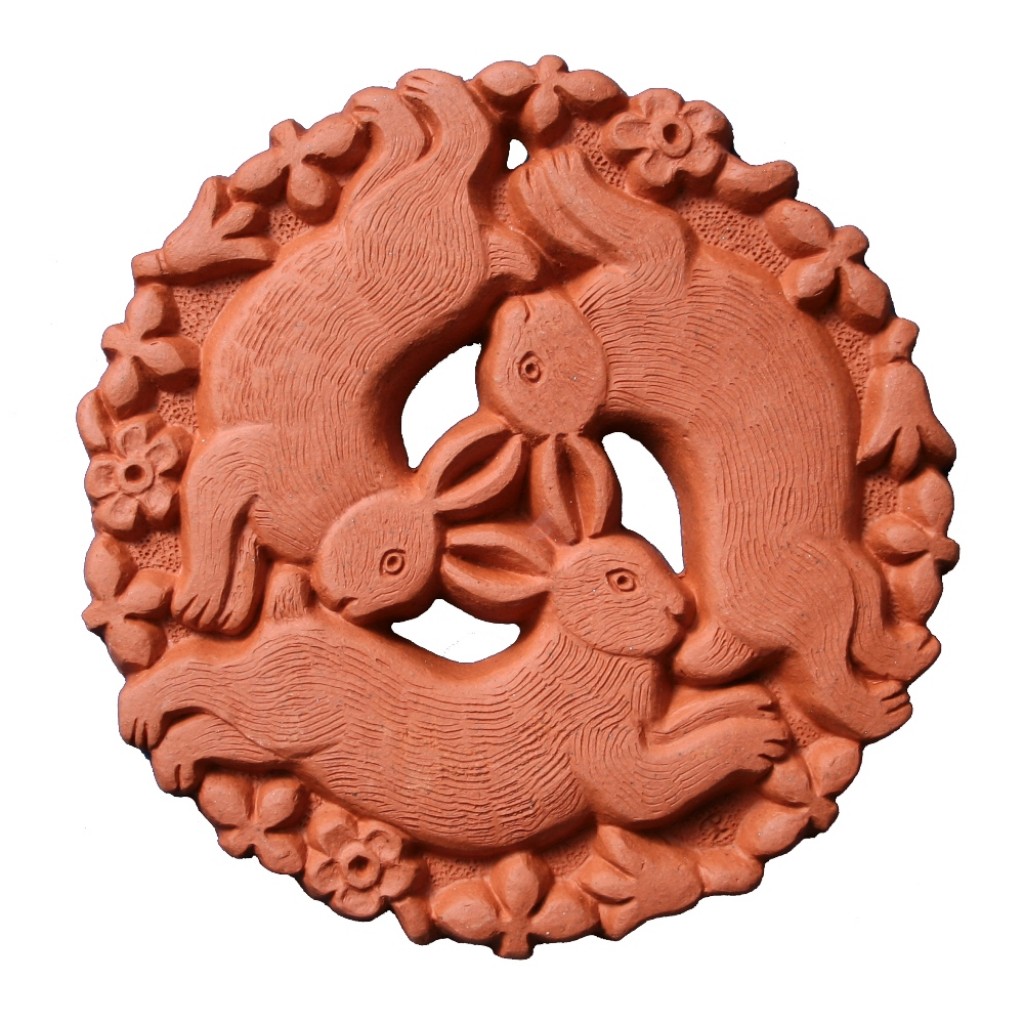 Three hares share three ears as they chase each other around the design.

Hares in this form have recently been found on the roof of a 6th century Buddhist temple in Dunhuang, Central China. On carpets and in other ways the image must have travelled eastwards and westwards along the Silk Road. Archaeologists have traced examples in Syria, Egypt, Iran, Afghanistan, Pakistan, Nepal and the Northern Himalayan area.

For Christians, the number three in any context became a representation of the Trinity, so the image can be also seen in the form of carvings and roof bosses in many medieval European churches. The symbol was adopted by the Guild of Tinners as their emblem and it appears carved in several Cornish churches.

This ceramic wall tile is based on a 14th century roof boss in Wissenburg, Northern France. It is a lovely and interesting tile for people fascinated by the hare and its legend, and for animal lovers everywhere.

Suitable for outdoor use. Fixing Points: the small single hole nearest the edge.

Item is In Stock

Price includes VAT. Price does not include shipping fees.

Back In Stock Notifications